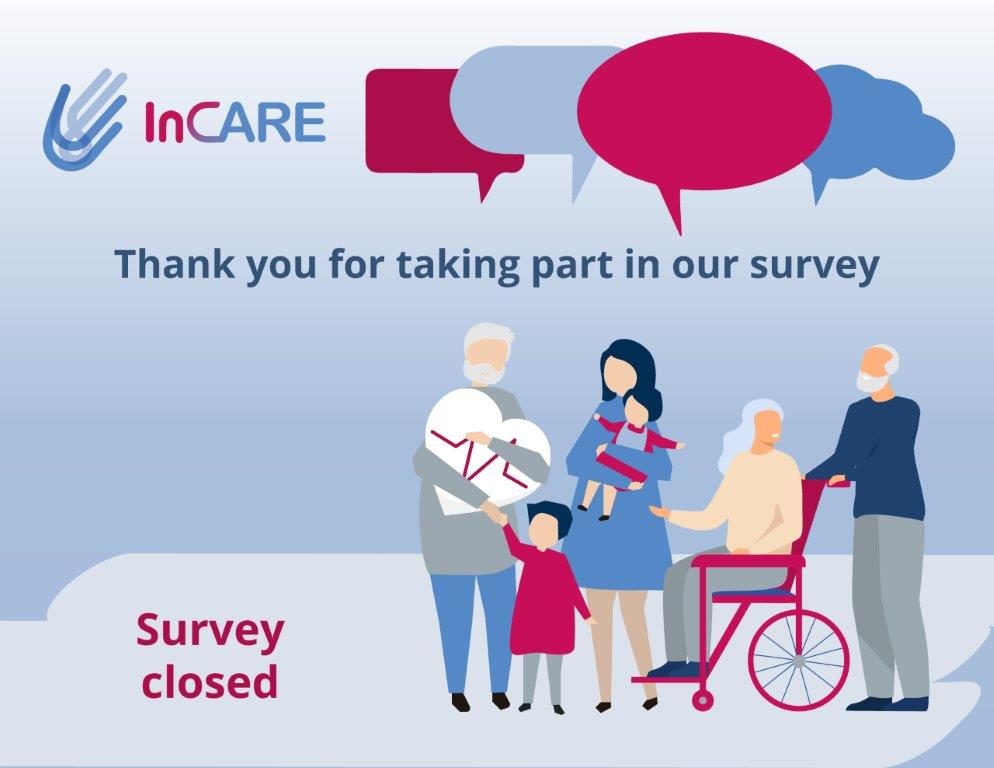 February marked the end of data collection for the InCARE survey after having been open for 5 months, resulting in over 3,200 complete responses across nearly 60 countries. Responses were mostly collected in European countries from individuals aged 18+, with a primary focus on the 3 pilot countries (Austria, Spain, and North Macedonia).

An initial glance of the data indicates that nearly half of respondents have a loved one who did not at all or only partially received the appropriate long-term care needed. Nearly 1 in 3 individuals do not expect to be provided with the appropriate long-term care in the future if they were to need it and nearly 7 in 10 have felt they had to provide care to someone close to them, despite a negative effect on their well-being. Hundreds of individuals also left testimonials at the end of the survey on their (often heartbreaking) experiences with care, a subset of which can be seen on the InCARE website here.

The InCARE team looks forward to analysing the data and using it to raise awareness of the challenges faced by older people with care needs and their families, and to advocate for policies that can support them. As a start, several publications will arise from the results of the survey in the coming months. Country factsheets will be produced for the InCARE project countries as well as several others on the key findings from the survey and their policy implications.

InCARE Policy Brief No.2 – The time to care about care!

InCARE has launched its second policy brief - Time to care about care! Responding to…

Eighteen months into our joint work, the InCARE consortium prepared a contribution to the on-going…

Recent Posts
To inquire about InCARE, please contact the InCARE coordination team at the European Centre for Social Welfare Policy and Research
Get In Touch
Copyright InCARE 2022 - All Rights Reserved
Back To Top
Translate »